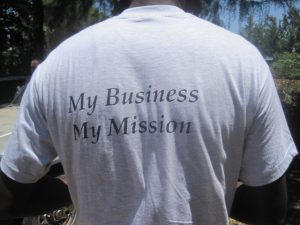 Research results are showing the microfinance alone does not significantly help businesses grow and develop. This is often because microfinance focuses on the access to capital portion of a business’s needs, and often neglects solid business training and mentoring to manage growth in the business, as well as advocacy to overcome barriers exterior to the business. Over time, we continue to see that the combination of training, mentoring, and advocacy, along with the backing of the Church grounded in Biblical principles, will develop strong business leaders and strong businesses.

The following graph of training results on Small and Medium Size Entrepreneurs was done by an organization in Austria, showing an overall net profit increase of 25% of those who had taken their training. There is a big variability rate, however, based on people’s application of the learning to the business, as well as market fluctuations and other variabilities. 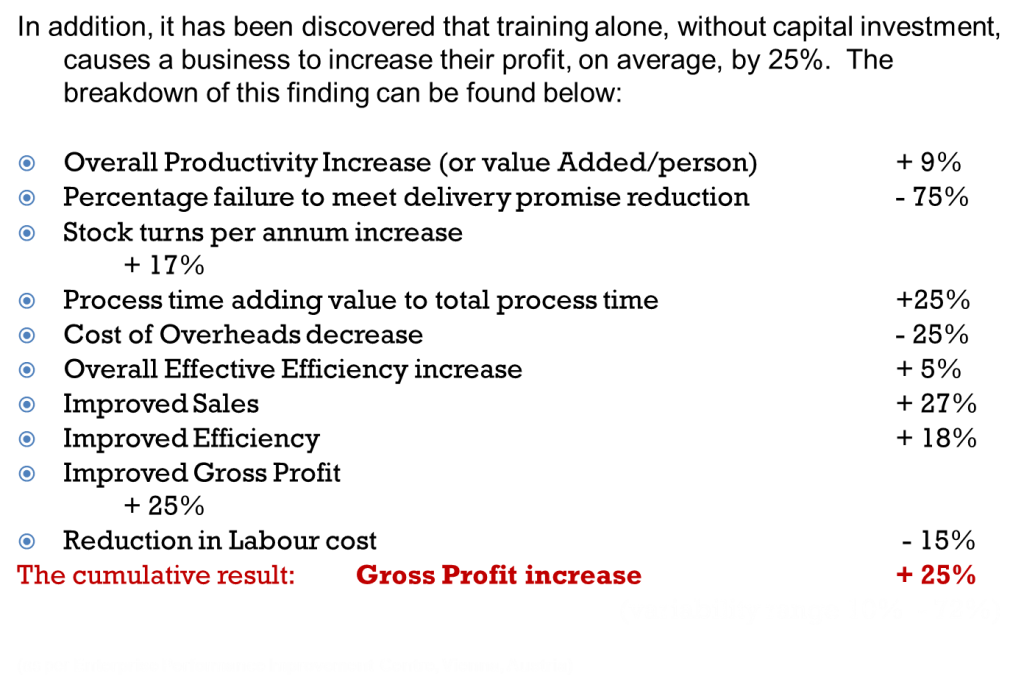 From 2013 to 2015, DML conducted a research project in Western Kenya, with 260 businesses, across three cities and three denominations, in both control and treatment groups. [The control groups received no services from DML. The treatment groups received training, mentoring, access to capital, and advocacy from DML.] The goal of the research was to study the impact of Discipling Marketplace Leaders on the local church from a numerical and financial perspective, as well as the impact on business people from a missional, social, economic, and environmental perspective.

Each business was given a survey at the start of the project, and then another one twelve months later. Each survey had approximately fifty questions covering a range of topics about the person, their family, and their business. At the end, our research showed that gender and education were not statistically relevant – meaning that it made no difference how educated or uneducated a person might be in terms of results, nor did it matter if the person was male or female. What was very relevant was income level. Approximately fifty percent in the research project made between $2-$10 per day ($730-$3650 per year) and we saw no statistical increase in their household income or business profit. However, for the other fifty percent who earned $10-$20 per day ($3651-$7300 per year), we saw household incomes increase by 132%, business profit increase by 81%, and sales increase by 87%. 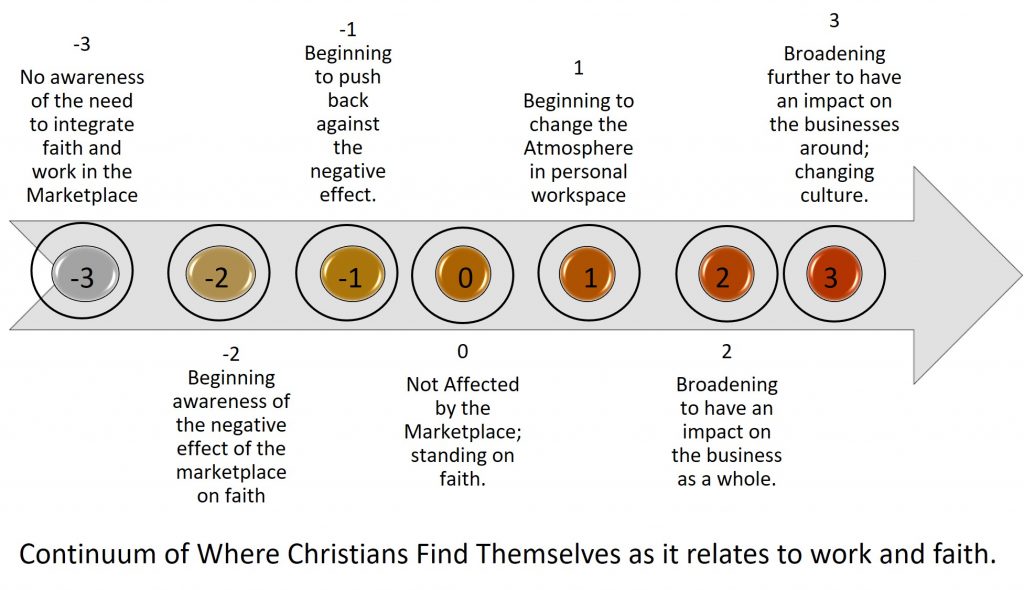 Why the remarkable difference between the two? Research Assistant, Jeff Bloem, gave the following analogy to explain it: It is like giving a food nutrition class to a group of students, half of whom are hungry and half of whom are satisfied. As you show pictures and talk about various kinds of foods, and discuss their complex carbohydrates and fat content, the hungry people are just thinking about the food and wanting to eat it, while the satisfied people are able to absorb the information and figure out how to apply it to their lives. Similarly, as we taught complex business principles, those dealing with the stresses of poverty were not able to hear and apply the principles – not because of education or gender, as you remember those were not relevant – but because the stress of poverty is so significant. For those making $10-$20 per day, the results are quite remarkable. It tells us that those who were able, took the information, applied it to their business and saw significant results. Business owners also showed an increase in engaging their environment in a stewardly way. 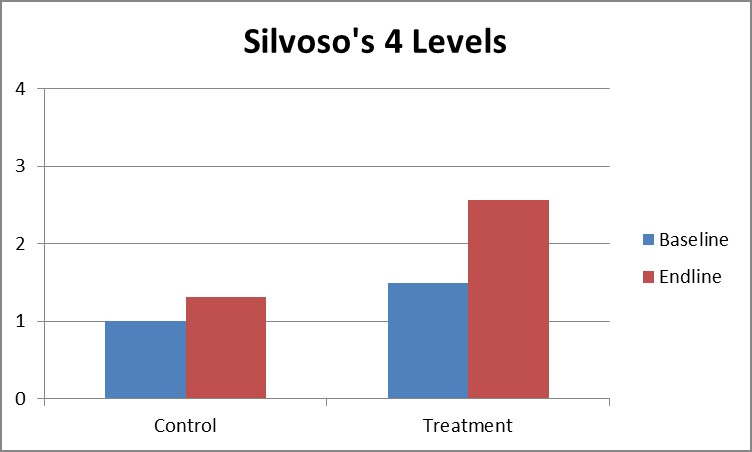 Spiritual growth in doing business was also measured by asking people to place themselves on a scale of 1– 4, with the results shown in the chart below:

We also saw significant results from the churches in the research project. The pastors and church leaders reported an increase in membership and attendance as well as an increase in tithes. Additionally, pastors reported that business people were becoming more invested in church activities and participating more in general. We believe that this is because of the affirmation of the pastor of the gifts of the business person, and the inclusion of them in the ministry of the church, rather than seeing business as peripheral to the church.

By June of 2015, we had commissioned 293 Marketplace Ministers. Eighty-two trainers were trained to teach and administer this ministry, covering 28 cities and many denominations. Forty-five pastors had been trained to run this in their churches. One hundred and twenty-six businesses were involved in mentoring relationships. Three new cooperatives were formed with over four hundred businesses, addressing advocacy issues. And in 2014 alone, $118,000 was given out in loans impacting 349 businesses, with a 100% repayment rate. The growth has been exponential as well, as seven classes were running concurrently in various places in Western Kenya, with three more waiting to begin.

We praise God for these results and for the churches who made this possible by opening their doors and welcoming this program in. Special mention goes to Pastor Leonard Ashivaga from the Friends (Quakers) Church Kitale, Rev. Charles Keya from the Deliverance Church Kakamega, and the ACK Parish in Huruma Eldoret.