It seems strange to write about anything other than Covid-19, but my guess is that we are all seeing enough news about that to satisfy our need for information.  So let me go back to what we were doing before this turned most of us into home-bound people. 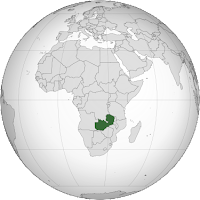 Our last stop on this past visit was in Zambia.  We were invited by the United Church of Zambia, after meeting them through a visit in Malawi last year with World Renew.  The United Church of Zambia (UCZ) is the largest Protestant church in Zambia, with churches in all ten provinces throughout the country.  It was formed in 1965 through the combination of a number of different churches, mainly Presbyterian and Methodist.  There are just over 1000 UCZ churches with 3 million members across the country.

Zambia is a country of about 18 million people.  It achieved independence from the UK in 1964, and the first president was a socialist who held his position until 1991. At that time, Zambia became a multi-party country and moved toward democracy.  Zambia is officially a Christian nation, as declared in their constitution in 1996.  Approximately 75% of the population is Protestant and 20% is Catholic. 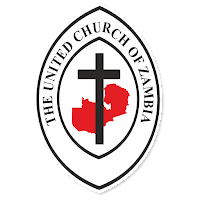 We were privileged to meet with the Synod Bishop of the UCZ, as well as two of the bishops from two provinces.  They seemed to resonate with the message of DML and the need for this in their denomination.  Our workshop was done at the denomination’s Agricultural College, where we had a number of students in attendance.  It was good to have youth present and wrestle with the call to view farming as a good and holy thing, as it continues to be the thing to do when you have “failed” at getting the government or other “white-collar” jobs.

About twelve of the students sang for us each time a break was over and it was amazing the sound and volume that they produced with twelve of them and no microphones.  The UCZ service that we attended in Lusaka (of about 2000 members) had six choirs that involved hundreds of men, women, youth, and children.  It was beautiful, fun, lively, and interactive.

We pray that the seeds that were sown on our visit there will not be lost in the Covid-19 pandemic, but we also trust that God remains on the throne and is working in and through His people!  We continue to watch Africa, which seems to be much more proactive with much fewer cases so far.  We pray that the governments and people continue to be wise, and that the number of cases may stay lower.  They are heading toward their “winter” now so that may also cause more cases to emerge.