It was my first time in Burundi.  We had been invited by ICM Burundi a number of times over the 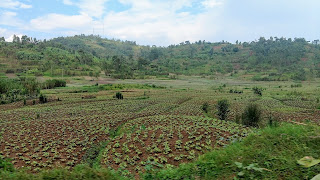 years but had resisted due to political instability and the high level of poverty.  The combination of those two scenarios make it very difficult for a business to succeed.  But the invitations continued to come and with several years of more political stability, we agreed to go.

I found out quickly why Burundi is called the Switzerland of Africa.  It is a small but beautiful mountainous country.  The pictures (of course) cannot capture it.  The climate is perfect (60s at night, 70s during the days).  And it is lush with green everywhere, and a long rainy season that allows for a long agricultural season. 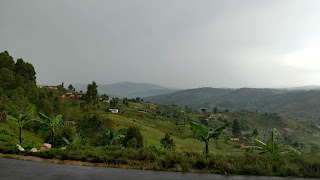 And the eleven million people make good use of the land.  It was amazing how much farming is being done, up and down hillsides and mountainsides, in a great variety of crops and a great variety of size plots (everyone seems to own a farm).  Burundi may have a per capita income of only $290/year but they are food sufficient and produce large amounts of food (they are cash poor, however).  It was beautiful to see.  Only 13% of the population lives in urban areas, so when we drove to Ngozi (from Bujumbura, about 1.5 hours by car) we passed through beautiful village after beautiful village.

There are a few unique things that we saw while here:

But there is no doubt that there is a lot of poverty here.  It’s been a long time since I’ve seen so many adults and children walking without shoes.  If the per capita income is $25/month, you can imagine that this becomes a luxury as well as so many other things.
Our host, the director of ICM Burundi, stayed in a refugee camp for fourteen years (from the age of 12-26) in Tanzania before being able to move back to Burundi.  When he returned he set up a ministry of evangelism (based on what he learned from ICM Tanzania) which he determined would be self-sufficient.  He ran a tailoring shop and several of his colleagues who also went to Bible school also set up businesses, which then funded the evangelism work that they did each weekend.  He told us, “I don’t want to be an employee on earth.  If I am fully paid on earth, then I am not depositing anything in heaven.”  He volunteers for ICM Burundi, and his family is supported by the small shop that his wife runs.  Unfortunately, the shop was closed while we were there, as his wife was having their third child. 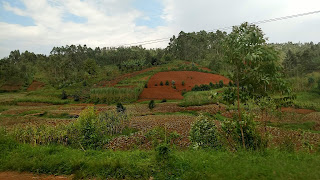 We had a very good time with about 50 pastors and church leaders and were able to take our time over three full days to really delve into scriptures and debate the call to work and God’s view of wealth and poverty.  We left with an agreement to work in Burundi as we saw great potential – the population is set to double in the next thirty years and the climate to grow and expand from small farms to agribusiness and other businesses are immense.
A beautiful country.  A beautiful people.  A beautiful faith of the people we met.  An amazing God.