The first sentence is clear and true.  If you give a man a fish, his hunger will be alleviated for that day.  The next day he will be hungry again. 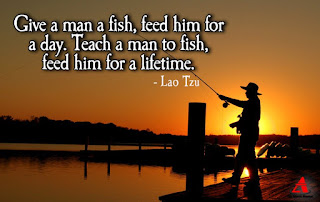 For years, I’ve been hedging on the second sentence.  To help me hedge, I’ve added a third sentence:  For a man to eat for a lifetime, he needs more than knowhow, he needs access to the pond, a fishing net, and other resources.

But I think I’m to the point of saying flat-out that the second sentence is not complete and we should probably stop saying it because it is misleading.

Groups run training courses all over in developing countries on soap-making, tie and dye, baking, etc. But that does not mean that they will eat for a lifetime.

I would say this:  Give a man a fish and he will eat for a day.  Teach him to fish, help him develop his capacity, connect him to networks, and he MAY eat for a lifetime.

I returned from Kenya last week where I had spent time with business people who have been trained and given loans through DML.  While I heard good success and growth stories, I also heard plenty of stories of frustration, sin, and corruption. 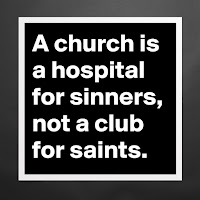 Most of the time, we want to tell and hear the good stories – the stories that make us feel like we are making a difference and that the world is becoming a better place.  But anyone who has been involved in development knows the stories are not always good.  And we need to hear the good with the bad.  We need to know the struggles that people go through and understand reality from their perspective.  We need to have our hearts broken because of the sin in this world that is not only outside the church but inside the church.  And we need to let those messages shape how we work and move tomorrow.  Those experiences become part of the wisdom of moving people towards being able to eat independently for a lifetime.

Our teams are working hard to help the churches build in the necessary best practices to help their members be successful.  But it is not a simple fix or a direct line to success.  The path is often circular (with two steps forward, one step back) and is almost never simple.

While there are occasional needs to give a man a fish, it can ultimately strip a person of dignity and self-worth.  While there are needs to teach a man to fish, the number of training programs in developing countries is high, as are the sky-rocketing numbers of people graduating from universities across Africa.  What we don’t have are groups who are helping people to do business as Marketplace Ministers, with ongoing discipleship, creating jobs for those who need work.  We need job makers not job seekers, but jobs who are designed to allow the image of God to be revealed in each person.

It’s not fast.  It’s not always pretty.  But it is necessary.