We are currently in Nigeria, where we have finished workshops in both Ilorian and in Igbaja. 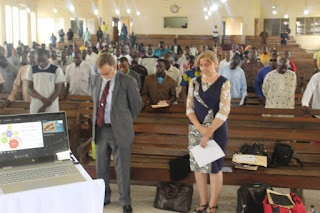 In one part of our workshops, we ask the participants to answer the following questions:  Which institution do we look to primarily for alleviating poverty?  What about for promoting peace?

In most places, the two most common answers we hear are government and church.  Usually in that order.

Except, sadly, in Nigeria.  Government doesn’t even enter the conversation.

And for good reason.

Our colleague from Kaduna had a kidnapping in his community just this past week.  Men came into the community in the night, shot guns in the air to scare everyone into hiding, kidnapped someone, and then left.  He was receiving calls from people, suspecting that he had been kidnapped.  His wife and children had to flee to the church for safety.  He has two doctorates and could be a prime suspect for kidnapping.  He believes that the reason for the many kidnappings in Nigeria is due to the high unemployment and the lack of effectiveness of the government to make business more conducive for the average citizen.  Nigeria ranks as 145 out of 190 countries for the ease of doing business overall, and 183 out of 190 countries for being able to trade across borders.  In a country of 200 million (currently – expected to double by 2050) that presents a real problem. 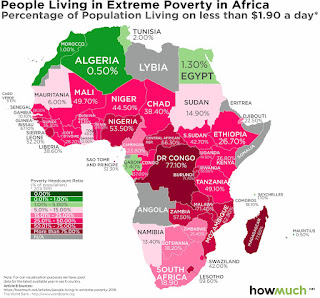 At another point in our workshop, I point out that in 1980, 52% of the world was considered to be living in extreme poverty.  Then I ask, do you think that number is higher or lower today?  Most people (from other countries) tell us that the number of people in extreme poverty has decreased.

Except, sadly, in Nigeria.

And for good reason. 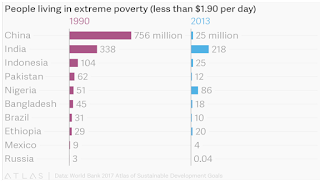 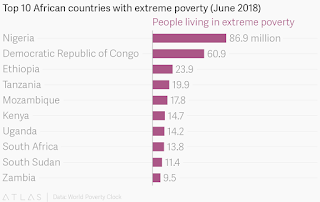 We tried to comfort Nigerians by saying that it’s not that things have gotten SO much worse here that they are now holding the less than prestigious spot of #1 for people in extreme poverty but RATHER because China and India are doing so much better.  It is little comfort, and the truth is that the number has increased by 35 million.

We keep repeating that we need to be CREATING JOB MAKERS, not just job seekers.  The Church can have an impact on this.  By 2050, Nigeria will be the third most populous nation in the world (passing the US).  One in four people will be African by the year 2050, and by the year 2100, one in three people will be African.  But we need to make sure that Africans will own the companies, businesses, and resources that will allow people to flourish (rather than foreigners)!  This trend of the number of people in Sub-Saharan Africa living in extreme poverty CAN be changed. 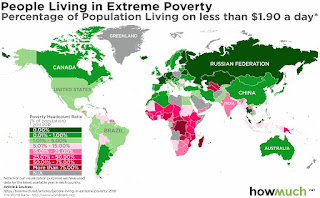 One other fact about Africa that is interesting is that the median age in most countries is below twenty years of age.  This is promising in terms of a labor force (median age in Europe is 40 years and median age in the US is 35 years) but it also means that jobs need to be created and those businesses creating those jobs should be owned by Africans. 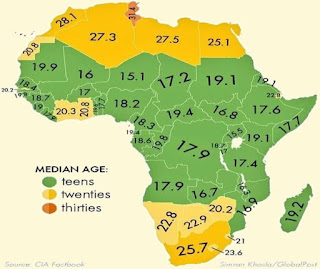 Please join us in this work if you feel led – prayers, words of encouragement, and support are all needed!  We are working in five of the ten countries listed for having the highest extreme poverty in Africa, and we are seeing results in increased income and jobs being created.  For more information, go to www.disciplingmarketplaceleaders.org.